In 1959, New York City’s 1271 Avenue of the Americas became the first of four new towers which later expanded into the iconic Rockefeller Center. Previously known as the Time & Life Building, the Center is an important historic part of the American built environment. Reaching 587 feet (179 metres) or 48 floors, the iconic green glass facade remains a vibrant part of New York City life.

CoxGomyl was entrusted with developing and executing a carefully considered building access solution when it became clear a modern new facade access system was required to protect the historical building. The team gave special consideration to ensure all special requirements of installation on an existing structure were met within a tight time frame, developing a comprehensive facade access system encompassing two CoxGomyl Building Maintenance Units.

The first BMU is located on the eighth-floor terrace. A compact design was a critical requirement due to an existing garage structure in which the BMU would be housed when in a parked position. Throughout the process, the garage dimensions were considered to ensure the BMU could be practically stored. The compact design also allowed for smooth installation with the use of an 80-ton street crane.

The second Building Maintenance Unit is situated at roof level. To achieve the required functionality, precise planning was required to transport the BMU to its permanent position. All components were calculated in size and weight to be transported through the building using the existing elevators, bringing them to a loading dock one level below the roof itself. From there, most components were lifted through a roof hatch utilising an aluminium gantry and an electric hoist.

With an expert project manager guiding the team from start to finish, CoxGomyl together with Alimak Service coordinated the transport of the equipment to the site, unloading and lifting into position and all installation. The challenging project was completed in just three weeks. This turnaround was made possible by a high level of involvement of the CoxGomyl team early in the design to ensure the most cost-effective outcome by dramatically lowering the incidence of building modifications or rework in the later stages of construction.

Get in touch to discuss the benefits of a replacement facade access solution. 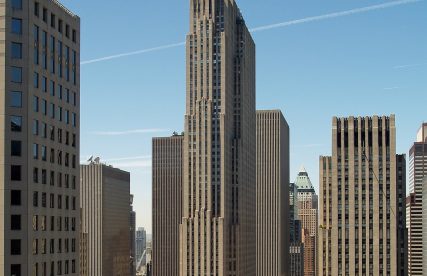 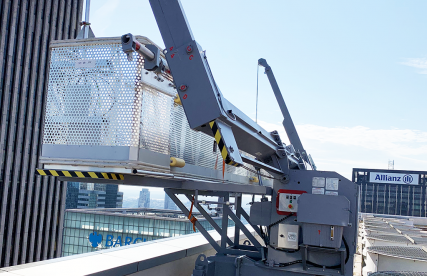 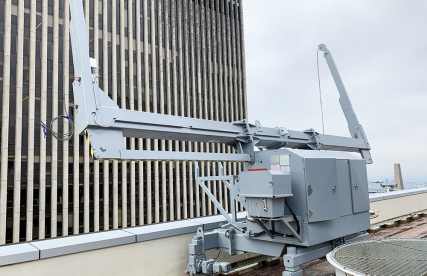 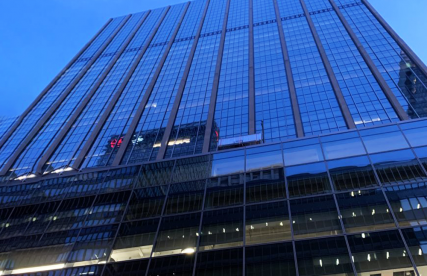