Situated in Hong Kong’s Kowloon Bay, the new central business district in the east part of Kowloon Peninsula, Goldin Financial Global Centre stands as the most distinguished development in the new CBD. As the new corporate headquarters of the client, the building offers commercial office space enjoying the beautiful view of the Tai Tak Cruise Terminal (built at the runway of the old airport) and also the world famous view of Victoria harbor.

The facades of the building are highly articulated with textured curtain walls. Glazing is inclined towards the ground on the south side to shade the facade and angled skywards on the north face to allow for increased interior lighting. Cantilevered cubes at the top of the building feature built-in LEDs that form a media wall giving the tower a bold identity visible across Hong Kong.

CoxGomyl accepted the challenge to design an integrated solution that represented 9 individual systems to achieve routine cleaning and glass replacement works for the building’s entire facade. This consisted of a range of Building Maintenance Units (BMUs) fitted with telescopic masts and jibs, monorails and work platforms.

CoxGomyl were selected as the preferred supplier as they were able to approach the challenge with a complete solution in mind being both the designer, manufacturer and installer. The requirement for a user friendly operation and the need to minimise the visual impact of the facade access equipment on the building were realised. 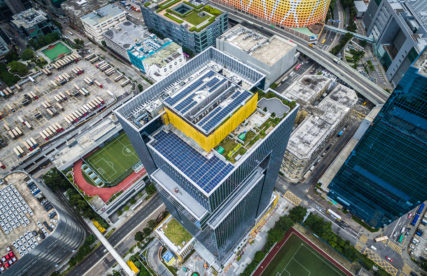 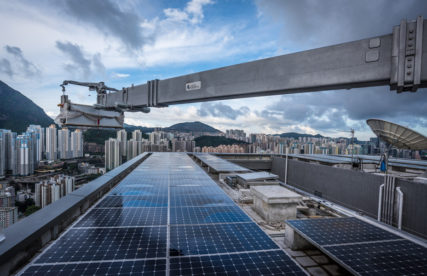 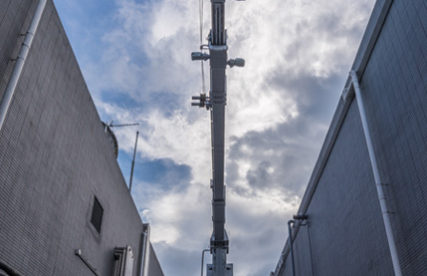