As part of CoxGomyl’s impressive portfolio of building access systems for breathtaking buildings around the globe, Eureka Tower represents a remarkable, landmark construction.

Climbing high over the Southbank precinct of Melbourne and reaching 301.3 metres to its tip, the supertall Eureka Tower opened as the tallest residential tower in the world when measured to the highest floor. It currently remains the tallest building in Melbourne and the second tallest building in Australia when measured to the roof. Beyond the sheer scale of the building, there are also a number of conceptual design elements and architectural features that have helped cement its place as an iconic feature of the Melbourne cityscape.

The building is named after the Eureka Stockade, a key event in Melbourne’s history. In 1854, during the Victorian gold rush, miners rebelled against their treatment by the colonial powers. A period of protest and civil disobedience culminated in the Battle of the Eureka Stockade, where the miners constructed a makeshift battlement. They gathered under the Eureka Flag: a design which depicts the Southern Cross constellation on a blue background. The stockade was quickly overrun by colonial forces, but the miner’s stand for better rights had much longer-lasting effects, including greater representation and suffrage for Australians who had not previously enjoyed the right to vote.

This pivotal event in Australian history has been incorporated into the aesthetic of the building, with a gold crown representing the gold rush period, while a red stripe is said to symbolise the blood spilt during the rebellion. The blue glass cladding that covers much of the building, in combination with repeated white lines, echoes the design of the blue and white Eureka Flag.

In addition to the artistic commemoration of Australian history, Eureka Tower also features a number of unique architectural features which make it a popular landmark and an undeniable attraction for local and international visitors. The building’s observation deck, Eureka Skydeck 88, occupies the entire 88th floor and, at 285 metres, is the highest public vantage point of any building in the Southern Hemisphere. One of the most remarkable features of Eureka Skydeck 88 is known as The Edge. This is a glass cube which projects 3 metres out from the building and invites visitors inside to experience being suspended in the sky high above the Melbourne streets. When the brave visitors enter the cube the glass is opaque, but becomes clear as it moves to its fully extended position away from the edge of the tower.

Eureka Tower is a unique achievement, combining sheer scale, visionary storytelling and unusual architectural features. All these elements make the ongoing maintenance and preservation of this significant building all the more important, and all the more challenging. Eureka Tower benefits from the experience and expertise of CoxGomyl, one of the only true end-to-end providers of Building Maintenance Solutions in the world. From initial consultation to design, manufacture and installation, CoxGomyl were ideally placed to deliver an individually tailored, bespoke facade access system which meets the needs of this unique building. 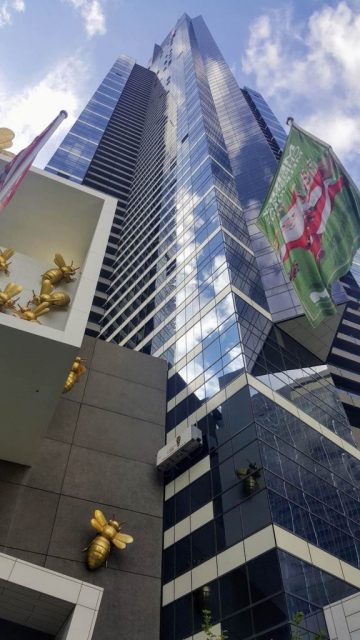 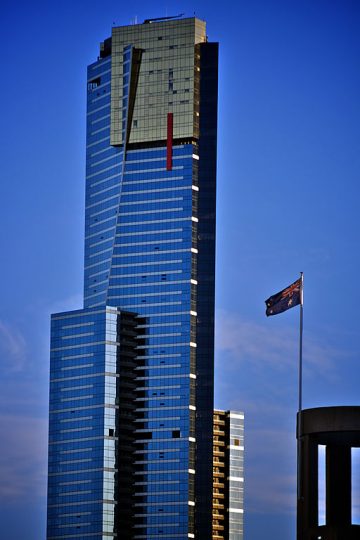