CoxGomyl is a leading global provider of premium facade access solutions. Present around the world with over 60 years of experience, CoxGomyl has the broadest range of configurable building maintenance units (BMU’s) built on innovative, proven technologies which provide exceptional performance.

CoxGomyl’s full solution offering of facade access systems is more necessary in today’s architectural landscape than ever. Since 2000, the rate at which skyscrapers are being developed has grown exponentially. The Council on Tall Buildings and Urban Habitat report that since 2011, an average of 113 buildings taller than 200m have been constructed per year in cities across the globe.

CoxGomyl is proud to contribute to maintaining an extensive collection of these architecturally significant structures, which are utilised by millions each day. Notably, CoxGomyl has delivered facade access systems to a quarter of the worlds 100 tallest towers, including instantly recognisable structures such as the Burj Khalifa, One World Trade Centre, and Guangzhou Finance Centre.

Located in Dubai, the Burj Khalifa is the world’s tallest building standing at 828m tall. Constructed in 2009, the mixed-use building is instantly recognisable within the developing skyline in the United Arab Emirates. CoxGomyl delivered a facade access system comprising of eighteen building maintenance units with a variety of designs and configurations for this icon during its construction, and ultimately achieving full coverage of the exterior of the 162-floor building.

As the sixth tallest building in the world, the One World Trade Centre is one of the most culturally significant tall buildings globally. Reaching 541m, the skyscraper was erected in replacement of the World Trade Centre after 9/11. CoxGomyl’s expert team developed a unique facade access system which would replace that of the original system installed during construction, the new system consists of four BMUs, designed to meet the practical needs of the building, and ensuring its facade can be maintained in pristine condition now, and into the future.

As the tallest building in Guangzhou, and seventh tallest in the world, the Guangzhou Finance Centre stands at 530m tall. Housing a hotel, residential apartments and office spaces, the 111-story skyscraper is maintained by multiple building maintenance systems expertly engineered, and installed by CoxGomyl.

Learn more about the experience of CoxGomyl in delivering premium facade access solutions, or contact us to receive a quotation. 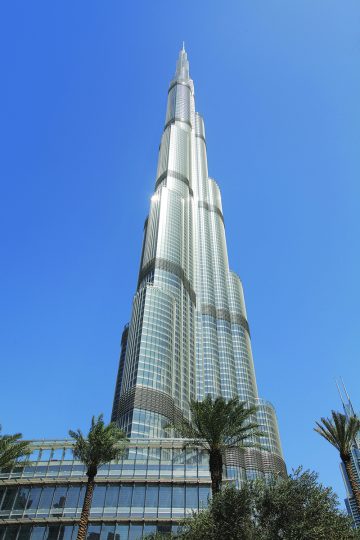